Built for schools, by schools: How Elentra’s past laid the foundations for its future 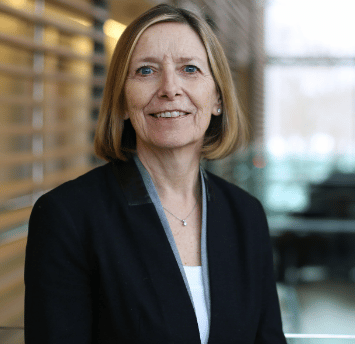 Elentra’s creation in 2004 was something of a “lovely marriage” between physicians and enthusiastic IT professionals, says Dr. Leslie Flynn, outgoing Vice-Dean, Health Sciences Education at Queen’s University. She’s been a vital supporter of Elentra for well over a decade. After having just recently retired, she praises Elentra for creating a powerful platform that was “for schools and by schools.”

“Elentra’s ability to sift and sort data according to what was needed was an incredible development,” recalls Dr. Flynn. “Those who were working in medical schools really understood the needs, so it was developed to meet them — something that’s continued through ongoing development over the years.”

The platform was initially created as a response to the demands of the external accreditation process medical schools undergo every seven years (eight years in the US). An enormous amount of data about curriculum and assessment of students is required to meet the accreditation standards, and instead of using multiple tools and applications Elentra had an elegant solution: a single platform. Schools from across North America and beyond wanted in, and the Elentra Consortium was founded in 2008.

“The idea-generation as more schools got involved was so impressive,” says Dr. Flynn. “Some schools really engaged and have become national and international colleagues. And as educational needs change identifying those needs and sharing strategies to meet them has created an opportunity to collaborate across schools that wouldn’t otherwise exist.”

Because Queen’s post-graduate medical education went the innovative route of transitioning all its programs to Competency-Based Medical Education at the same time, (rather than program by program), Elentra’s IT personnel developed expertise in CBME long before most other schools, making Elentra “ahead of the game.”

“We really were on the forefront of the transition of medical education into a competency-based framework,” says Dr. Flynn. “This very much influenced our undergraduate medical school program as well. The learner portfolio piece is so important. Learners need to be able to document what they’re learning and their progression through their training.”

Part of Elentra’s success is reflected in that, as of 2021, it became the first Queen’s-owned corporation, something Dr. Flynn helped shape. Becoming its own entity was a big step, she says, not only because of the potential financial benefits to Queen’s, but because it will enable Elentra to provide the highest level of service possible. It means Elentra can focus on sharing its innovative platform, one that can be beneficial to any school.

Looking back over her years working with Elentra, Dr. Flynn is quick to highlight the contributions of others, notably the original Queen’ Health Sciences’ IT team for meeting the needs of educators. As for the future, she underscores the power of the “for schools by schools” concept, saying that those in academic roles play a crucial role in ongoing refinements.

“As we become more and more sophisticated in how we teach adult learners, the ability to do things like make and document changes, look at the outcomes, at where we’re scaffolding the learning and so on — and being able to implement all that — is what makes Elentra so valuable.”